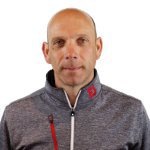 Some names can be spotted all over every single Tour: on golf balls rolling towards the hole, on putters held aloft in victory and on drivers striping balls down the fairways.

Wilson are one of the first brands on golfers’ lips when they speak about quality gear that will perform well and we’re super excited to catch you up to speed on their new Dynapower range! Please read on as we dissect these fantastic drivers.

The Dynapower driver looks awesome with a matte finish on the sole of the club. The Wilson brand name and logo are taking a step back in discreet black and white colours, while the Dynapower name is stencilled on a red stripe in capital letters. The red streak puts you in mind of a racing stripe on a rally car and it lets you know instantly; this club was designed to generate super-fast speeds and maximum distance.

While the looks grab you and pull you in, what tech do we have beneath the surface that drives the Dynapower performance?

Key tech under the hood

Wilson are releasing two clubs for the Dynapower range: the Carbon driver and the Titanium driver. These drivers are naturally made predominantly with different metals, which will influence their performance quite drastically.

The Carbon driver has carbon panels on the crown and the sole and a six-way adjustable hosel between shaft and clubhead. Carbon is a lightweight metal which allows the clever engineers to redistribute weight to integral places that will help with performance. The centre of gravity is low in the head, which results in a low spinning driver that will suit the better play.

As we’ve stated, the other Dynapower driver is made with titanium and is designed to maximise distance and forgiveness. There’s a 16g rear weight that brings the centre of gravity to the lower back, increasing stability and shot forgiveness. Not unlike the carbon driver, the titanium model features a 6-way easy-to-tune adjustable hosel.

The face on both drivers was made using an AI software to make each layer of the face a perfect thickness. With each contour of the face being made to the ideal standard, you’ll get maximum forgiveness on your strikes should you not hit the ball in the centre.

But what’s the real difference between these two drivers? Which one would be best suited for you to get the most out of your game?

The Carbon driver is better suited to adept players that have a fast swing and want to shape the ball flight to their advantage. The carbon crown and sole result in there being lower ball spinning flight for better launch.

The Titanium driver is oriented towards higher handicapped players that want to improve their game. The low centre of gravity and rear weight make for a stable strike with a draw bias, which along with the forgiving face result in shots that travel further and straighter. This is the option for you if your game suffers from a nasty fade or slice.

Whichever model you think is right for your game, you can get it through us. But putting the right one in your bag is critical, which is why it’s vital you visit us and take advantage of our professional custom fitting service.

view now
View All
Next Article 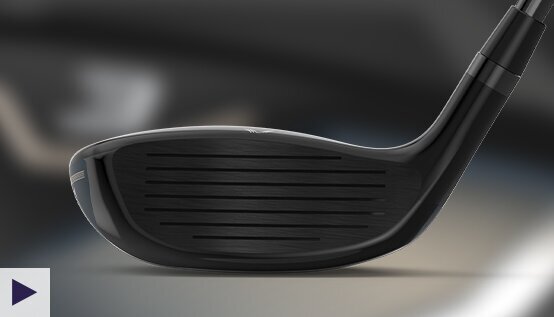 Should you put a hybrid in your bag?

Have you ever thought about getting fitted for your hybrids? If not, we’re exploring how big of a difference it could make to your game in this week’s short read. 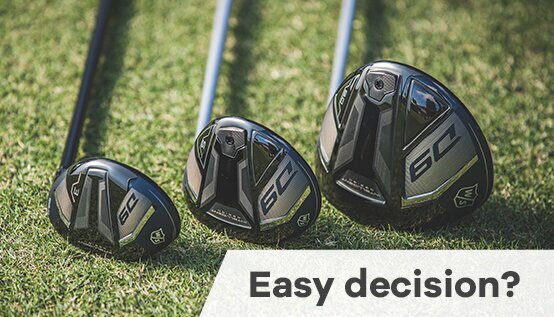 When & why: fairway woods

It’s never easy to know when you should be pulling out your fairway wood, but we’re here with a solution that makes the decision less painful. 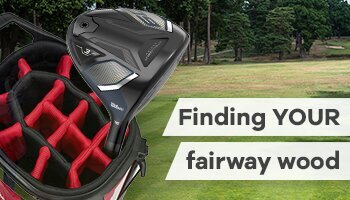 Fairway woods: what’s in your bag?

Not too long ago, very few golfers wanted to pull out a fairway wood. Now, in this article, we’re looking at the huge role they can play in your game.

Whilst we investigate, please read our page on the email whitelisting and ensure you've added me to your Safe Senders list